OpenFMB Task Force has announced the release of its v2.0 framework. Its UML model has been posted at this GitLab site. OpenFMB is a framework enabling grid edge interoperability and distributed intelligence. With the increasing renewable energy demand, the adoption of Distributed Energy Resource (DER) has been increased significantly in recent years. The OpenFMB framework provides a better communication among the devices in the power grid to handle the growth of the DER interconnection. The framework can realize the benefits of the new technologies applied to the grid edge devices and provides the capability to process large volumes of information in a timely manner. 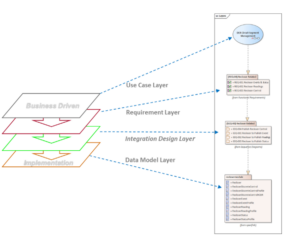 Xtensible Solutions has been participating in the OpenFMB task force and leading the modeling task since 2016 when the framework was ratified as a North American Energy Standards Board (NAESB) standard. Xtensible has been supporting Duke Energy in the development and implementation of its Distributed Intelligence reference architecture since 2015.  A top-down business driven modeling approach was provided to the task force to not only model the data profiles but also business use cases, requirements, and integration designs. This provides a cohesive modeling environment for data lineage and better information governance. Each OpenFMB data profile can be traced from a use case or a particular requirement. Vice versa, a change in use case can be traced to a data model for potential model update.

“Leading the modeling task force has been rewarding as we are setting the foundation for rapid and efficient adoption of OpenFMB to meet sustainability goals and consumer demands. The release has included major grid edge devices with the focus on DER.” Shawn Hu, Principal Consultant at Xtensible. 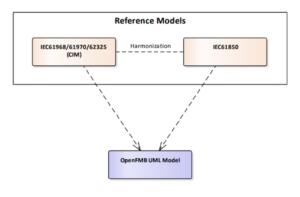 The OpenFMB data model is built based on both IEC CIM and 61850 standards. The IEC CIM provides a mature messaging data structure for OpenFMB profiles. The IEC 61850 offers detailed device attributes. OpenFMB is one of the most successful cases of:

The OpenFMB modeling team has been following the concept of the harmonization task force to build a common semantic model and then extend the models as necessary. The Logical Node (LN) classes in the IEC 61850-7-420 have been utilized to build relevant OpenFMB data profiles such as Solar and Energy Storage System (ESE) profile. 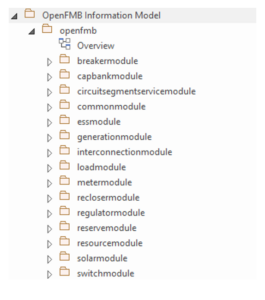 The OpenFMB Information Model contains fifteen module packages as shown below, one common package and 14 device or service-related modules such as reclosermodule and solarmodule. Most device modules contain control, status, event, and reading related profiles. A modeling pattern has also been applied for these profiles to be consistent across the entire model. A model-driven approach has been adopted to auto generate implementation artifacts. In general, each data profile in these modules is defined as a Platform Independent Model (PIM) which can facilitate multiple Platform Dependent Models (PSMs) such as ProtoBuf, IDL, and XSD. The PIM does not only provide the PSM generations, but also provides semantics for each module in terms of definitions, relationships, and so on. The OpenFMB framework has been matured for certification in recent years.

You can learn more about how Xtensible continues the advancement of OpenFMB in its support to Duke Energy.